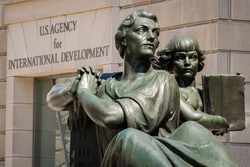 A Trump political appointee who reported allegations of rampant government waste, fraud and abuse has experienced none of the protections granted the whistleblower who filed the Ukrainian aid complaint against President Trump, which has culminated in Trump's Senate impeachment trial set to begin in earnest next week.