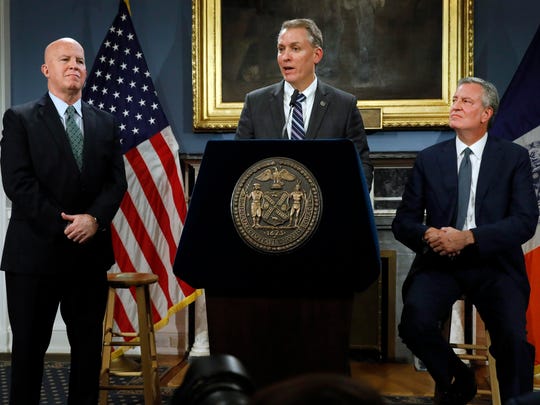 Police chiefs in America's largest cities expressed growing unease within their departments Tuesday amid mounting pressure to reform operations following the death of George Floyd in Minneapolis and the persistent limitations posed by the coronavirus threat.

New York City Police Commissioner Dermot Shea said the deadly virus has “ground the criminal justice system to a halt” there, sending a troubling message to the community at-large.

“The word on the street right now is that there are no consequences,” Shea told other officials during a virtual town-hall meeting of other top law enforcement officers.

Shea, one of several police officials to take part in the conference organized by the Police Executive Research Forum, said he has related his concerns to the city's top prosecutors and intended to meet with state leaders to discuss “how to get the system going.” 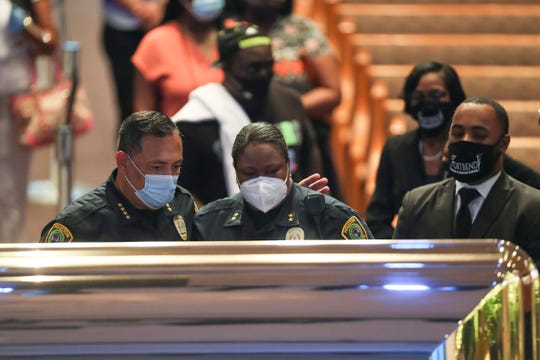 Houston Police Chief Art Acevedo said his department, like the rest of the city and much of the state, has been ravaged by a resurgence of the virus.

He said the number of officers under quarantine has surged from 52 on May 1 to 178 Tuesday, blaming the rapid spread on efforts to re-start local business operations following a prolonged shutdown.

“The re-opening of Texas has been pretty tough on our department and our community,” Acevedo said.

The chief of the nation's fourth-largest city also pushed back against growing calls for reductions in funding for police agencies as cities re-examine their law enforcement operations following Floyd's May 25 death at the hands of Minneapolis police.

Acevedo said years of little growth within the agency has effectively “defunded” the agency in a city of 5,300 officers. In Chicago, a city of comparable size, there are about 12,000 officers.

Moving money:Defund police? Some cities have already started by investing in mental health instead

“The majority of people don't want to defund the police,” Acevedo said. “But they definitely want to re-invent how we deal with the mentally ill, homeless and the drug addicted.”

Floyd's death, captured on video and resulting in criminal charges against three Minneapolis officers, ignited a national uproar and prompted days of sustained protests in Atlanta, Houston, Seattle, New York, Washington, D.C., and other cities throughout the country.

It also has prompted a continuing focus on the conduct of police, primarily during their encounters with with people of color.

Last week, the House passed a sweeping police reform package that would end certain legal protections for officers accused of misconduct and ban chokeholds like the one applied in the Floyd death in which an officer knelt on Floyd's neck for nearly 9 minutes.

The House bill, which was crafted by the Congressional Black Caucus, aims to bolster police accountability and end the practice of aggressive officers moving from one department to another by creating a national registry to track those with checkered records.

“We will never be the same police department that we were on May 25,” Minneapolis Police Chief Medaria Arradondo said during the online conference. “But that's not a bad thing.”

He said the transition also comes at an opportune time for an “aging department.” 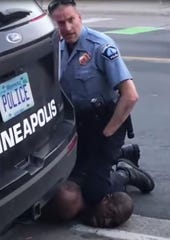 “We have a prime opportunity now to recruit and hire,” Arradondo said, adding that a central question will loom for the new agency. “How do we address race and policing in this country?”

Firms tied to lawmakers among those getting pandemic aid