During a speech in Delaware, Vice President Joe Biden criticized President Donald Trump for his handling of the pandemic.

WASHINGTON – A Democrat-turned-Republican faces a fight on both sides, a primary opponent from the progressive wing of the party is challenging a popular Democratic Senator and Delaware's favorite son, Joe Biden, finally has his name on the ballot in his home state.

Here's what you need to know about Tuesday's primary elections:

Van Drew, who switched parties, faces fights from both sides

Van Drew, a freshman congressman from southern New Jersey, was one of only two House Democrats to break ranks and vote against both articles of impeachment against President Donald Trump in December 2019. He soon after switched his party affiliation to the GOP. Trump later returned the favor, campaigning for Van Drew's re-election bid at a rally in Wildwood, N.J., earlier this year.

Three Democrats are running in the primary. They are:

But Van Drew also faces an opponent from the right. Conservative Bob Patterson, a former speechwriter in the George W. Bush administration, is hoping to knock Van Drew out of Congress. 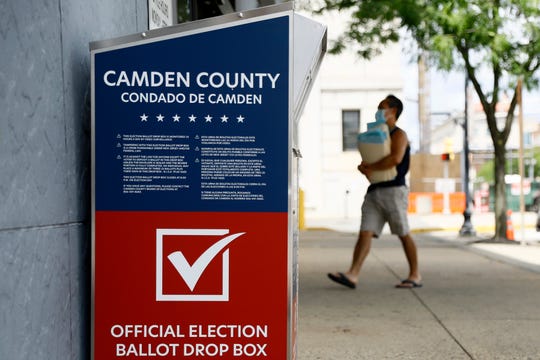 The district is currently ranked by the Cook Political Report as “Leans Republican” inNovember's general election. It voted twice for Barack Obama before flipping to Trump in 2016, meaning many are keeping a close-eye on these primaries.

Booker challenged by a candidate from the progressive wing

Sen. Cory Booker, D-N.J., is facing a primary challenge against a little-known opponent, Lawrence Hamm. Hamm is the founder and chairman of the People’s Organization for Progress, which works for social, racial, social, and economic justice.

Until mid-January, Booker was focused on running for the Democratic nomination for presidency. He dropped out of the race after failing to gain national traction.

House Oversight Committee Chair Rep. Carolyn Maloney, D-N.Y., holds a narrow lead over progressive challenger Suraj Patel. The congresswoman defeated him with a much larger margin in a 2018 primary challenge.

And former fighter pilot Amy McGrath won the Democratic primary for U.S. Sen. Mitch McConnell's Senate seat in a slim victory over state Rep. Charles Booker, who mounted an unexpectedly competitive challenge to McGrath as an unapologetically progressive candidate. McGrath emerged early as the front-runner in the race to win the Democratic Party's nomination and run against McConnell this fall. She also had been in the race longer, launching her campaign about six months earlier than Booker, and secured the support of the powerful Democratic Senatorial Campaign Committee and Schumer. 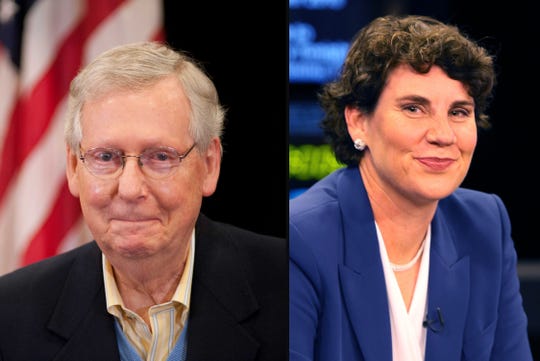 Hamm has pushed Booker for not being progressive enough, and recently has focused on police reform following recent Black Lives Matter demonstrations across the country.

Booker, one of three Black senators, has been passionately leading police reform conversations on Capitol Hill, and co-sponsored the Justice in Police Reform Act would ban chokeholds, limit “qualified immunity” for officers, and make lynching a federal crime among other  changes.

More: Sen. Chuck Grassley will skip the RNC for the first time in 40 years, citing coronavirus

But Hamm has slammed Booker from his time as Newark's mayor, pointing out that the city's police department still operates under a consent decree from 2016 requiring improvements to training and disciplinary practices. This decree resulted from an investigation by the U.S. Department of Justice’s Civil Rights Division and the U.S. Attorney from New Jersey in 2011, when Booker was mayor, that found evidence of improper stops, searches and seizures, as well as excessive use of force by police.

“When he was mayor of Newark, he was not for police reform,” Hamm said. “He is talking now about police brutality, but when some of the worst police brutality cases in the state happened under his watch, he not only didn’t speak out about these issues, he in fact denied to me directly the existence of police brutality.”

Like several states that expanded the use of mail-in ballots amid the coronavirus pandemic, most voting has likely already happened in New Jersey. And similar to those other states, voters may not know the results of the elections until days after.

More: Concerned about voting by mail in NJ? Here's your last-minute guide to 2020 primary elections

New Jersey pushed back its primary from June 2 due to COVID-19, and Gov. Phil Murphy ordered the election to be conducted mostly by mail.  All vote-by-mail ballots postmarked on or before July 7, and received by 8 p.m. July 14, will be counted.

However, problems have plagued the state leading up to the primary elections, including an alleged voter fraud scheme that led to four arrests.

New Jersey's recent municipal elections in May were 100% mail-in for the first time in history due to the COVID-19 pandemic, and proved to be a test case for the vote-by-mail process. Those elections had greater turnout but saw delayed results, similar to what is happening in other important primary contests across the country.

For this election, just one polling location in each town will be open, which may also lead to longer lines.

Delaware will host a presidential primary on Tuesday, which the first time voters will see former vice president Biden's name on a ballot as the presumptive Democratic nominee for president.

It will also be the first election in which all registered voters in the state will have a chance to vote from home.

More: What you need to know about voting in Delaware's Tuesday presidential primary

New rules for the election were established under the state of emergency order by Gov. John Carney to help voters who don't want to risk contracting or spreading coronavirus at the polls. Voters can still go to a limited number of polling places where they are expected to wear a mask and practice social distancing.

In the two prior presidential primary elections Biden ran in, he dropped out before Delaware voters could vote for him as the nominee.